Norris after battle with Albon: "The Red Bull is a lot better than our car"

Currently in F1 | Norris 'most impressive' driver according to fans 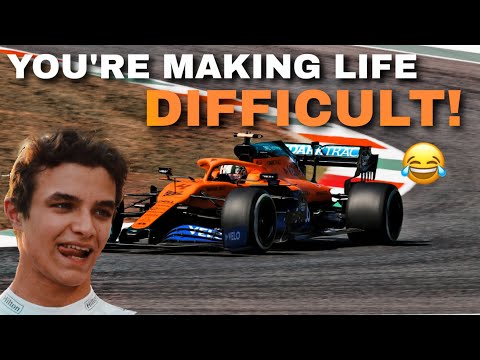 Video I Norris banter with his engineer

Lando Norris is a British Formula 1 driver with roots in Belgium. Norris was born November 13th 1999 in Bristol, the UK. Like many of his colleagues, Norris started racing from an early age. At the age of seven he started Go Karting and took pole position in the first national race he drove. He quickly climbed up the ranks in several competitions until he ended up in the Formula 2 championship.

In 2018 the British driver entered the Formula 2 championship. He started the year excellently, with a win in Australia. The remainder of the season he secured several podiums, but he wasn't able to win any races after that. He ended up second in the final championship standings and was promoted to Formula 1, along with winner George Russell.

Norris was rewarded with a seat at McLaren, where he would join Carlos Sainz. One of the youngest driver lineups on the grid turned out to work surprisingly well, stealing the 'best of the rest' title off of Renault. Norris, who was regularly struck with reliability issues throughout the 2019 season, managed to cross the finish line sixth fastest twice during his first year in Formula 1. Next year the Brit will again be driving for McLaren, for whom he will want to secure his first podium finish.